item girl n. in Indian cinema, a woman who appears in an item song; (hence) a female actress, singer, or dancer, esp. one who is poised to become a star. Editorial Note: An item song or item number is a musical performance that has little do with the film in which it appears, but is presented mainly to showcase beautiful dancing women, to promote a song, or to lend marketability to a film. Item numbers often have a life on stage long after a movie has left theaters. There appears to be some confluence with the term “it” girl, to signify someone who is much talked about or sought after. (source: Double-Tongued Dictionary) Academic League and Trivia for the Whole Family

Grant’s is a trivia-obsessed family. He and his wife participate in Learned League, an online trivia competition, and their son Guthrie now...

Quiz Guy John Chaneski brings a bunch of brain teasers that he calls “Family Secrets.” It’s inspired by the hit song “We... Sarah from Haddonfield, New Jersey, wonders about the phrase Are you ready for Freddy? It’s a catchphrase that was part of a running gag in Al... 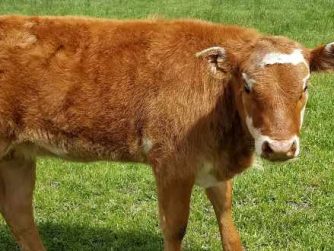 An anadrome is a word that forms a whole new word when you spell it backwards. For example, the word “stressed” spelled backwards is...

Eels, orts, and Wordle! Sweden awarded its most prestigious literary award to a book about…eels. The Book of Eels reveals the mysterious life cycle...