Do you refer to your dog or cat as “somebody”? As in: When you love somebody that much, you don’t mind if they slobber. In other words, is your pet a somebody or a something? Also, for centuries, there was little consistency in the way many English words were spelled. But long before the printing press helped to standardize spelling, powerful historical forces were already shaping how those words looked on the page. Plus, Irish words that are as handy as they are fun to say: bockety, which describes something wobbly, and segotia, a fond term for “friend.” And ship vs. yacht, rope vs. line, The New Yorker vs. the The New Yorker, evening vs. afternoon, how to pronounce hammock, a wild and woolly animal quiz, “talking cheese” in German, and an Iranian-American playwright on the challenges of learning another language.

Put A Little Irish in Your English

The editors of the Oxford English Dictionary recently added several Irish English terms. One of them is segotia, which means “friend.” There’s an entry for this word, also spelled segocia, in Grant’s own book, The Official Dictionary of Unofficial English (Amazon). James Joyce used another version of this word in Finnegans Wake(Bookshop|Amazon): skeowsha. The etymology of segotia is unclear, although some have suggested that it derives from Irish Seo Dhuitse, meaning “here you are.” Another Irish word, ciotóg, means “left-handed.” Originally it carried a far more negative connotation, as do several words in various languages alluding to the “left hand.” Our word sinister, for example, is from Latin for “left.”

Lily in Iowa City, Iowa, says she and her roommate differ about how to pronounce the word hammock. Is it HAM-mock or HAM-mick?

Can an Animal be a Somebody?

Chris in Northampton, Massachusetts, and his mother are debating whether you can refer to your dog as somebody? Is it reasonable to say your pet is a someone rather than a something? Strictly speaking, dictionaries define the word someoneas referring specifically to human beings. But Chris would argue that there’s an exception when it comes to our relationship with companion animals. Also, is it improper to use the relative pronoun who instead of that when referring to a pet? And does that usage change when you’re talking about wild animals?

Quiz Guy John Chaneski’s puzzle is about animal anatomy, specifically nouns and adjectives formed by combining the name of an animal with another word. For example, what zoologically-related noun is associated with the idea of “a high, close-fitting collar used especially for sweaters”?

Was English Spelling Ever Standardized?

Was English spelling standardized before the advent of the printing press? No, but there were some significant periods in history where spelling became a little more fixed. Among them are the replacing of the Runic alphabet with the Roman alphabet, and the Norman Conquest of 1066, which left English powerfully influenced by the French language.

The Irish English word bockety describes someone who has difficulty walking, or something that’s fallen into a state of disrepair, as in my bockety old chair.

Joan grew up in Yorkshire, England, then moved to New Orleans, Louisiana. There she was surprised to hear some people use the term evening instead of afternoon to refer to “the period between noon and 5 p.m.” The word evening is used that way in many parts of the American South, and in fact, Mark Twain uses it that way in The Adventures of Tom Sawyer (Bookshop|Amazon). This sense is also used in the West Midlands of England.

The Irish word ciunas or chiúnas means “silence” or “quiet” — a useful thing for teachers to shout when trying to quiet a noisy classroom. Lexicographer Niall Ó Dónaill’s notation on this word includes the lovely example Tá an saol mór faoi chiúnas, or “all the world is hushed.”

The new play English by Iranian-American playwright Sanaz Toossi powerfully evokes the challenges and rewards and changes involved in struggling to gain fluency in another language. Reviewing the play in the The New Yorker, Alexandra Schwartz memorably observes that for someone trying to learn another tongue, one’s personality “dissolves in an unfamiliar language like a sugar cube dropped into a cup of tea.”

The The New Yorker

Rope vs. Line, Sailors vs. Landlubbers

Tim is a rancher, dogsledder, and a former commercial fisherman in Alaska. He’s observed that the words rope and line are used differently in each of those professions depending on context, and using them incorrectly can mark a person as a newbie. In The Language of Sailing (Bookshop|Amazon), Richard Mayne notes the different uses of ship vs. boat, and says yacht owners consider it gauche and pretentious to refer to one’s own vessel as my yacht instead of my boat.

Bill calls from Myrtle Beach, South Carolina, to say his late wife, who was from South Milwaukee, Wisconsin, would jokingly tell him You talk like a sausage! What exactly did she mean? Although Germans have many expressions that include the word Wurst, or “sausage,” you’re more likely to be criticized for talking nonsense with the German expression that means “to talk cheese,” or Käse reden. There’s also a Dutch expression that roughly translates as “he talks like a sausage without the fat” or “He talks like a sausage that has escaped the fat.” 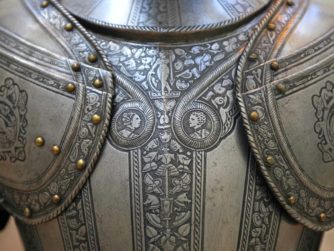