There are word nerds, and then there’s the woman who set up a folding chair on sidewalks throughout the country, cheerfully dispensing tips about grammar. She recounts her adventures in a new book. And the story of the brilliant pioneer of computing language whose name lives on in a familiar term. Plus, when you get a new haircut, beware of anyone yelling Rinktums! Noogies may follow! Also, slobgollion and slumgullion, comb graves, tearing up Jack, paging Dr. Armstrong, a brain teaser about book and movie titles, swotting up your Klingon, Parva sed apta mihi, a clever way to end a long phone conversation, and words worth inscribing in stone. See you in the funny sheet!

What sort of language is worthy of being inscribed in stone? A frieze on the James A. Farley Building in New York City is inscribed with Neither snow, nor rain, nor heat, nor gloom of night stays these couriers from the swift completion of their appointed rounds. This motto of the U.S. Postal Service is borrowed almost entirely from The Histories (Bookshop|Amazon) by the ancient historian Herodotus. An inscription on the Goodhue Building at the Los Angeles Public Library reads Books invite all; they constrain none. Homes in parts of Europe sometimes have the Latin inscription Parva sed apta mihi, which translates as “Small, but right for me.” Another inscription for a domicile is As the body is to the mind, so the house is to the body.

Kelly in Tallahassee, Florida, describes a game her family enjoys in the days leading up to Christmas. The goal is to be first to say Christmas gift! when greeting someone or answering the phone. It’s not just Kelly’s family. It’s a tradition dating back more than a century — Civil War soldiers sometimes alluded to it in their letters home.

Susannah in Aiken, South Carolina, is curious about slumgullion, a word her dad used to denote “gooey baby food” or “goopy oatmeal.” Slumgullion originated with the California gold rush, when miners forced large quantities of water through soil to flush away lighter components and leave heavier ones, including gold nuggets. The discarded, sludgy wastewater was called slumgullion, probably from slum, similar to slime, and gullion, either “a muddy cesspool” or “a type of stomachache.” Slumgullion may also be related to slobgollion, a term Herman Melville used in Moby-Dick (Bookshop|Amazon) to mean “the discarded offal of a whale.”

An idea from puzzle constructor David Ellis Dickerson inspired this week’s challenge from our Quiz Guy, John Chaneski. This game involves two-word titles of books and movies, which, when those words are reversed, still make a pretty good title. For example, what two words would work as the title of a new Stephen King novel about a dog owned by a gravedigger?

Where Does the Word “Boolean” Come From?

An industrial-design student in Savannah, Georgia, uses Boolean software for making 3-D renderings. Why Boolean ? The term honors the brilliant autodidact George Boole, who helped pioneer the use of binary computing language and Boolean logic.

Some medical facilities use a secret code when the staff needs assistance to handle an unruly or agitated visitor. When the message Paging Dr. Armstrong goes out over the speaker system, it’s a call for this kind of help.

Aeneas in Las Cruces, New Mexico, describes his family’s traditional way of razzing someone who just had a haircut. They shout Rinctums! (also spelled Rinktums!), and proceed to give the person a rough knuckle-rubbing on the back of their head, unless that newly shorn person beats them to it, yelling No rinctums!. A 1921 article about this newly popular practice at the University of Texas describes how students with a new haircut try to avoid these noogies with a preemptive shout of vincure rinktums or vincure scrapeings [sic].

The phrase tearing up Jack, which refers to “engaging in rowdy, rambunctious behavior,” has its origins in the traditional English card game known as All Fours. This game is the source of the term jack, referring to the lowest face card in a deck, which was previously known as the knave. A less common variant of tearing up Jack is tearing up Jake.

In 2018, author Ellen Jovin started setting up her folding “Grammar Table” on the streets of New York City, and dispensing helpful advice about grammar and usage to anyone who asked. She enjoyed those interactions so much that she’s now done the same in 49 states, and collected those stories into her latest book, Rebel with a Clause: Tales and Tips from a Roving Grammarian (Bookshop|Amazon).

Comb graves, featuring two long slabs laid over the grave to form a peaked roof, are found in parts of the Southern United States, but primarily in Tennessee. Comb in this sense is an architectural word that refers to “the peak of a roof,” just as a rooster’s comb is the uppermost part of the bird. These structures are sometimes called tent graves. Richard C. Finch has researched this tradition extensively.

Heather Coffman sent us a tweet about a helpful way to end a long phone conversation: I’ll let you go so you can glue your ears and legs back on.

Scott in Everett, Washington, has been trying to learn Klingon using the Goldlist Method, but he’s struggling to commit it to memory. What are some tips for learning another language, whether a conlang such as Klingon or one that evolved naturally? 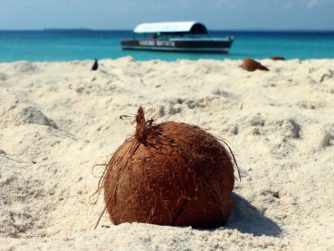